Despite being one of Southeast Asia’s most modern cities, Bangkok still retains its culture. Temples abound in the city, standing side by side with skyscrapers. People wearing traditional clothing mingle in the streets with others clad in jeans and t-shirts. Street food stalls doling out traditional foods thrive, along with high-end fusion restaurants.

We visited several Bangkok landmarks that boasts Thailand’s rich culture, including the Grand Palace. One of Thailand’s most famous landmarks, the palace boasts numerous halls and pavilions, as well as beautiful gardens and courtyards that made up the complex. For centuries the palace was the official residence of Thai royalty – that is, until the early 1900s. Now, the palace is still used for official events. We roamed around the property for a good while. It was very hot and cramped, but we still enjoyed the beauty of the place. 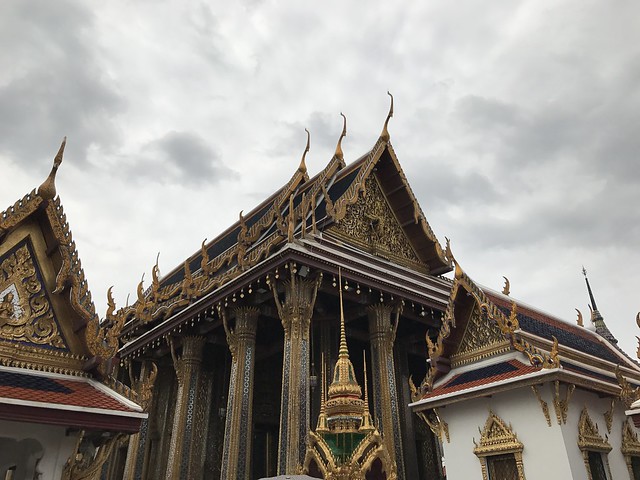 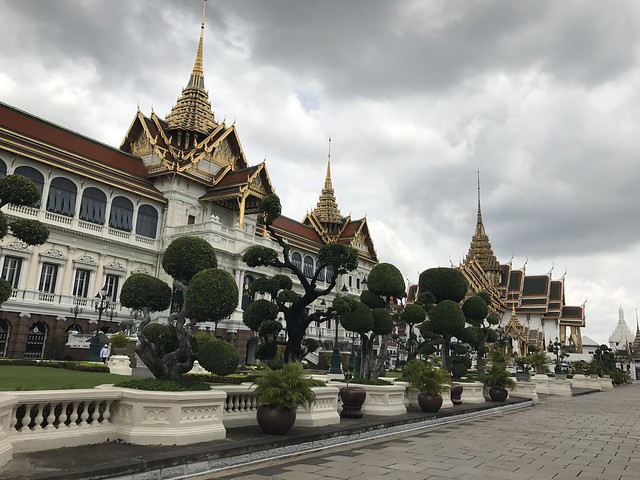 Near the palace stood the Queen Sirikit Museum of Textiles. Named after the wife of the former King, the museum showcases garments and textiles from Thailand. Particularly interesting for us were the Balmain-designed clothes that beautifully captured Thai embroidery, brocades and styles. There were picture books as well, with vintage black-and-white photographs of the beautiful queen as she proudly wore Thai garments in local and international events.

We visited Wat Pho, which was directly adjacent to the Grand Palace. The temple hosts the 46 meter-long Reclining Buddha, an iconic sight that reminded us of the majestic kingdom and ancient culture that Thailand has. 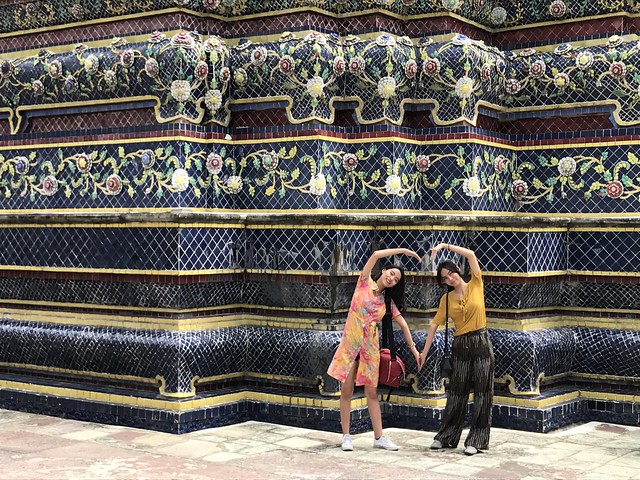 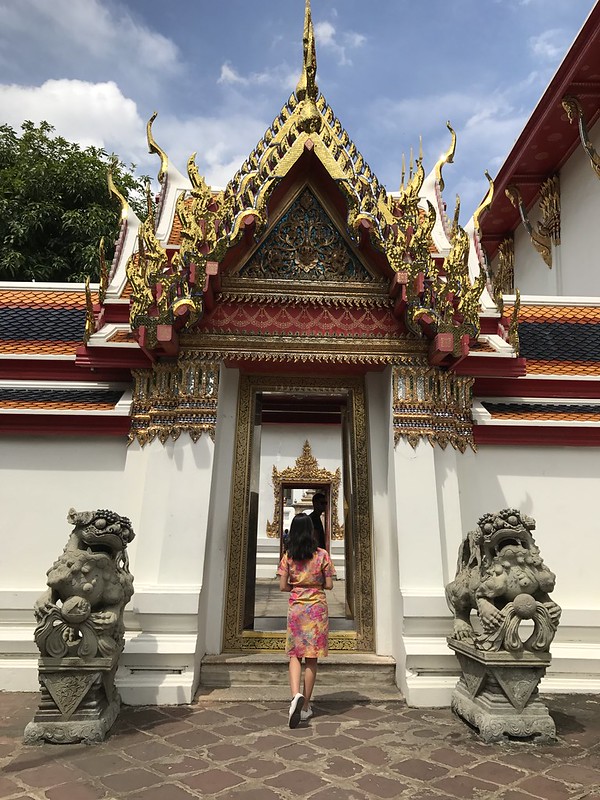 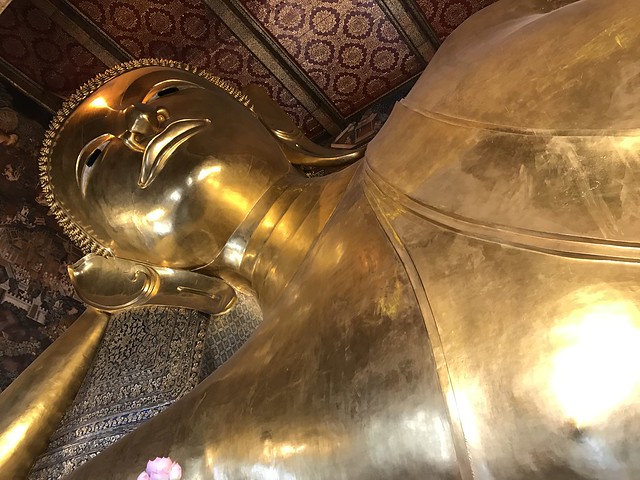 Opposite of the river from Wat Pho stood Wat Arun. When we were there, construction was underway at the top, so we could only see the lower side of the temple. It was still beautiful, and the views of the river were otherworldly. We could only imagine what it would look like when the sun rises (there must be a reason why the temple is called Temple of Dawn). 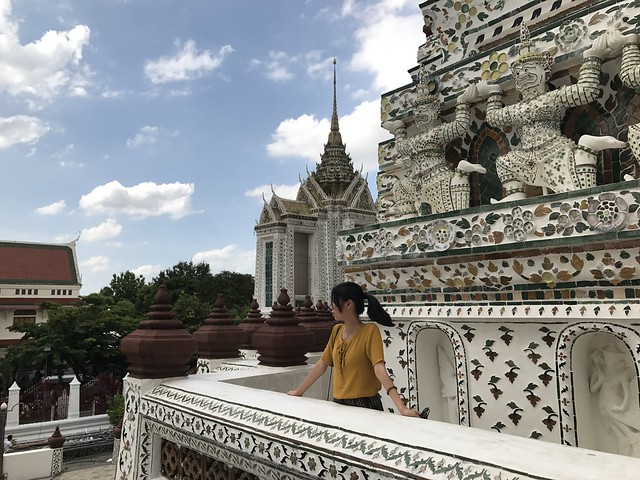 Nearby stood a market selling souvenirs and Thai delicacies. We spent hours just looking at everything and talking to the vendors- and haggling for lower prices! 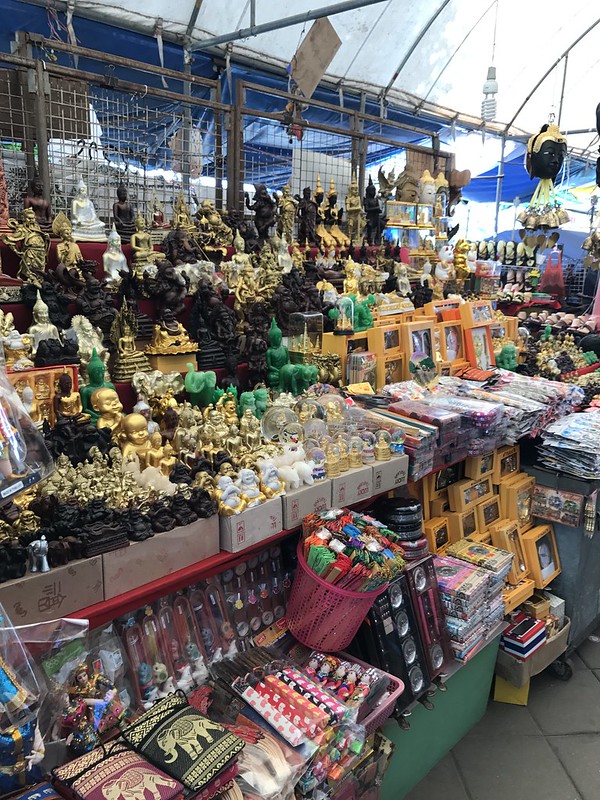 Bangkok hosts a thriving Chinese community (no surprise there, since we’ve seen Chinatowns everywhere in the world). As always, we took time to visit Bangkok’s Chinatown, and we were blown away by how large and lively it was. Chinese food stalls lined the streets, illuminated by glowing signs in han zi and red lanterns floating in the air. 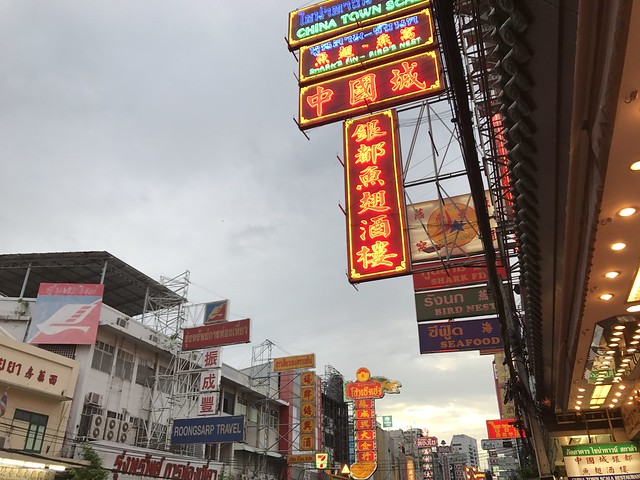 And of course, the sheer number of expatriates in Bangkok means that they bring a little of their culture with them. Our last dinner in Bangkok illustrates this well. We met a family friend from Spain who took us to one of her favorite restaurants in Bangkok. Reminds me of home, she said. We ended up in a Spanish-style tavern and ate tapas, paella and a giant meat platter accompanied with wine and music.

The contemporary – and traditional- art scene in Thailand also thrives. We went to River City Mall by the Chao Phraya River, which housed an auction house, galleries, antique shops and more. 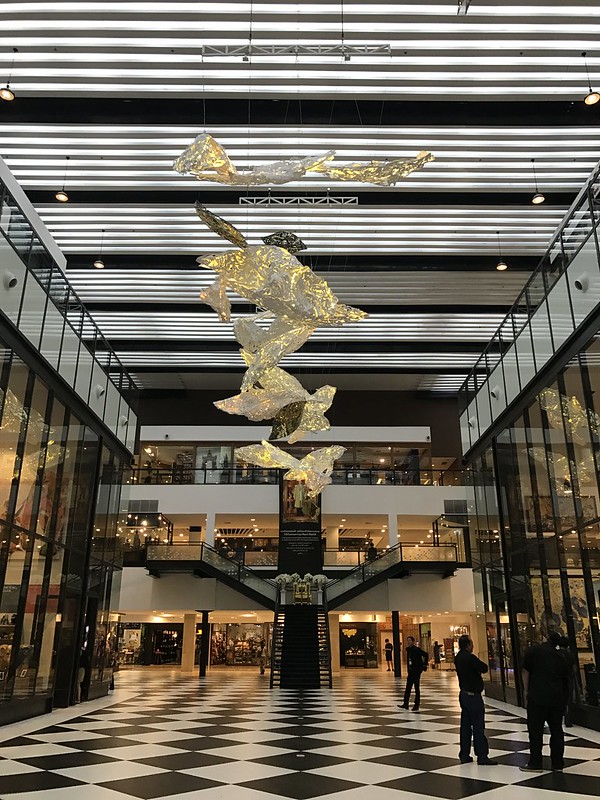 5 thoughts on “A Rich Cultural Capital”